In this era of digital technology, we find ourselves developing software that is required to be shared and utilised as far as possible in a manner that is as concise as possible. This is not a new concept, however, the need to refine and better these integrations have become more and more prevalent due to high demand for interoperability between different pieces of software.

An emerging trend is the use of RESTful APIs for both exposing data resources as well as consuming data resources from other sources. Within the development community, there exists some misunderstandings around what REST, and RESTful actually is. It is important to understand that REST is not a protocol, and it’s not a standard. REST is simply an architectural style achieved by combining a number of different well-known architectures.

There exist commonly used architectures in most distributed web-based software. It is important to understand the purpose of these patterns and where it is applicable. This will help in understanding the principles of a RESTful architecture.

The client-server architecture is a fairly well-known and widely used architecture. Most network based applications work in this manner. The architecture consists of a server that acts as a central point that one or many clients may interact with. The idea behind a client-server architecture is that the server does the heavy lifting and orchestration required, whilst the client consumes the rich data and functionality by interacting with the server. When these computers communicate with each other, there’s a clear need for a common protocol that is understood and supported by both parties. The commonality required is the message format. Imagine the protocol being a channel of communication between two people such as speech which is common between the two, and the message format being the language that is understood between them. 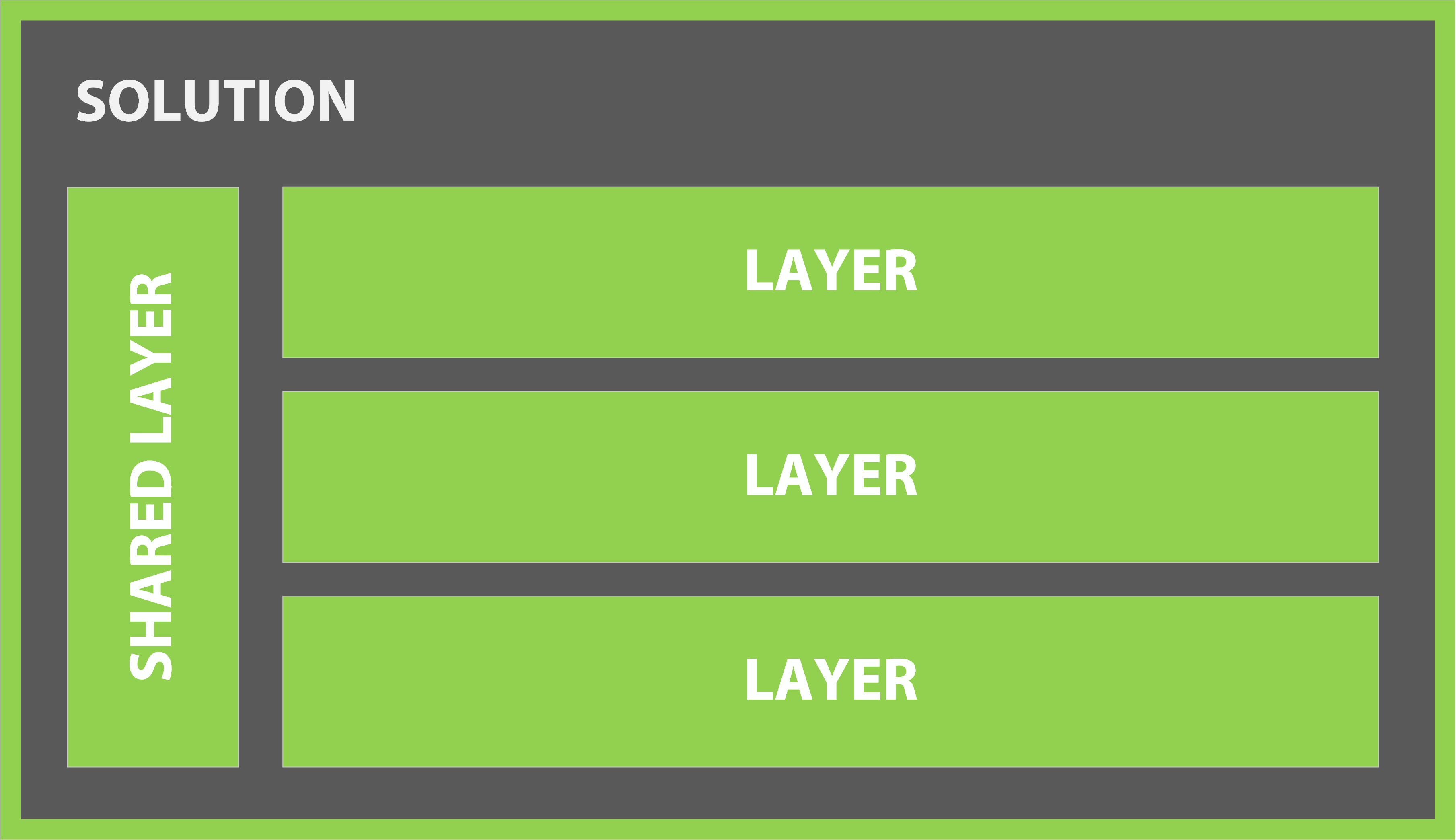 A vast majority of web applications make use of a server-side managed session to keep track of a specific client. These sessions are often used for auth (authentication and authorization), keeping track of context, and storing meta data in memory that may be useful for managing the user’s activity. This makes scaling difficult as additional technologies and development is required to create session management servers in a clustered environment. The stateless architecture removes the need for the server to create and hold sessions. In a stateless architecture, the state is managed by the client via some mechanism such as tokens, header data, etc. that are passed back and forth between the client and server. 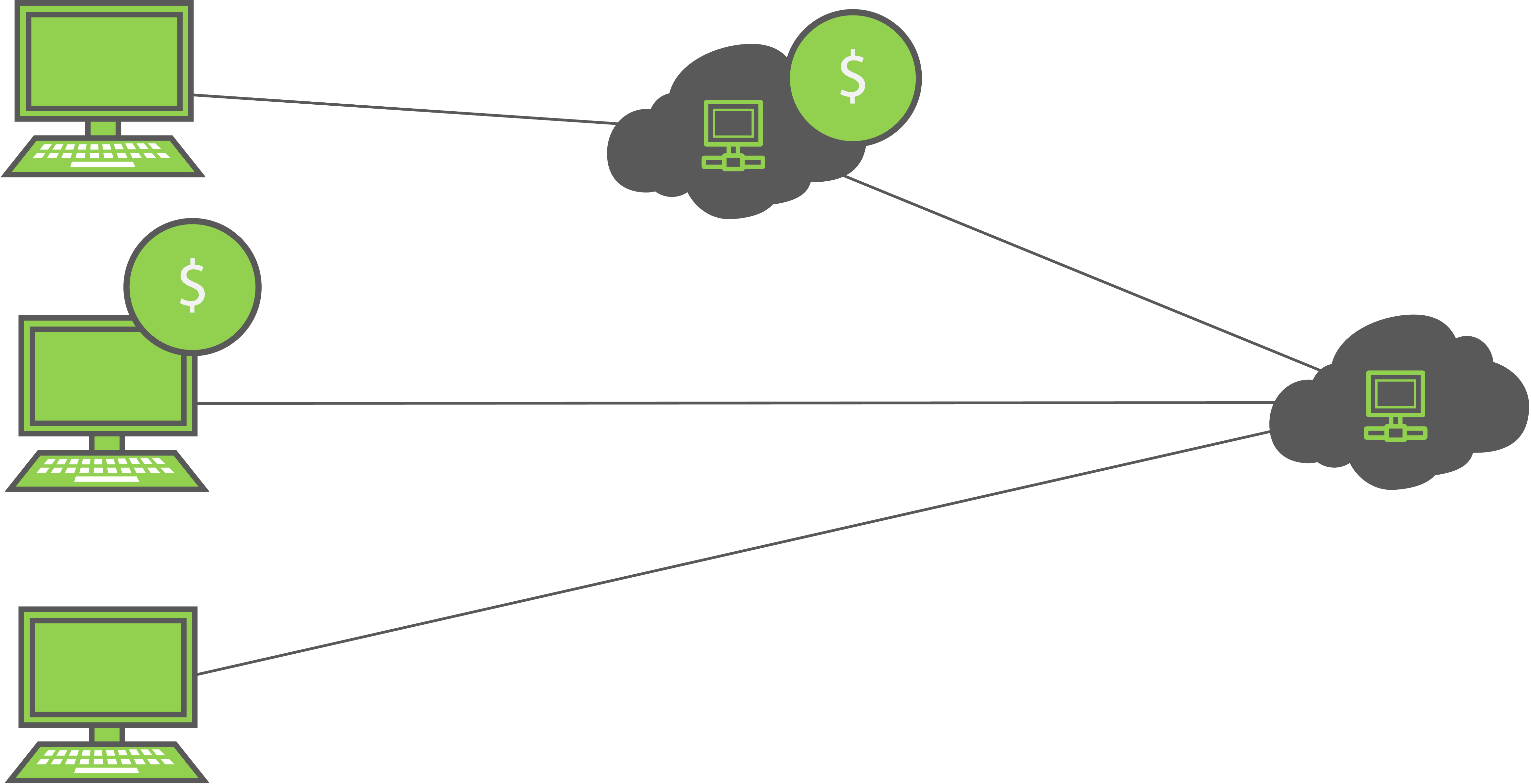 The cacheable architecture is the concept of cleverly caching data that is used often, and changed infrequently. Caching may occur in places like the client browser, and a caching server. Caching mechanisms are expected to be smart enough to serve cached data or resources until that piece of data or resource changes for the client requesting it. One of the advantages of caching is a reduced load on the network, this translates to reduction of unnecessary requests, lower data usage, and a more optimal performing application. 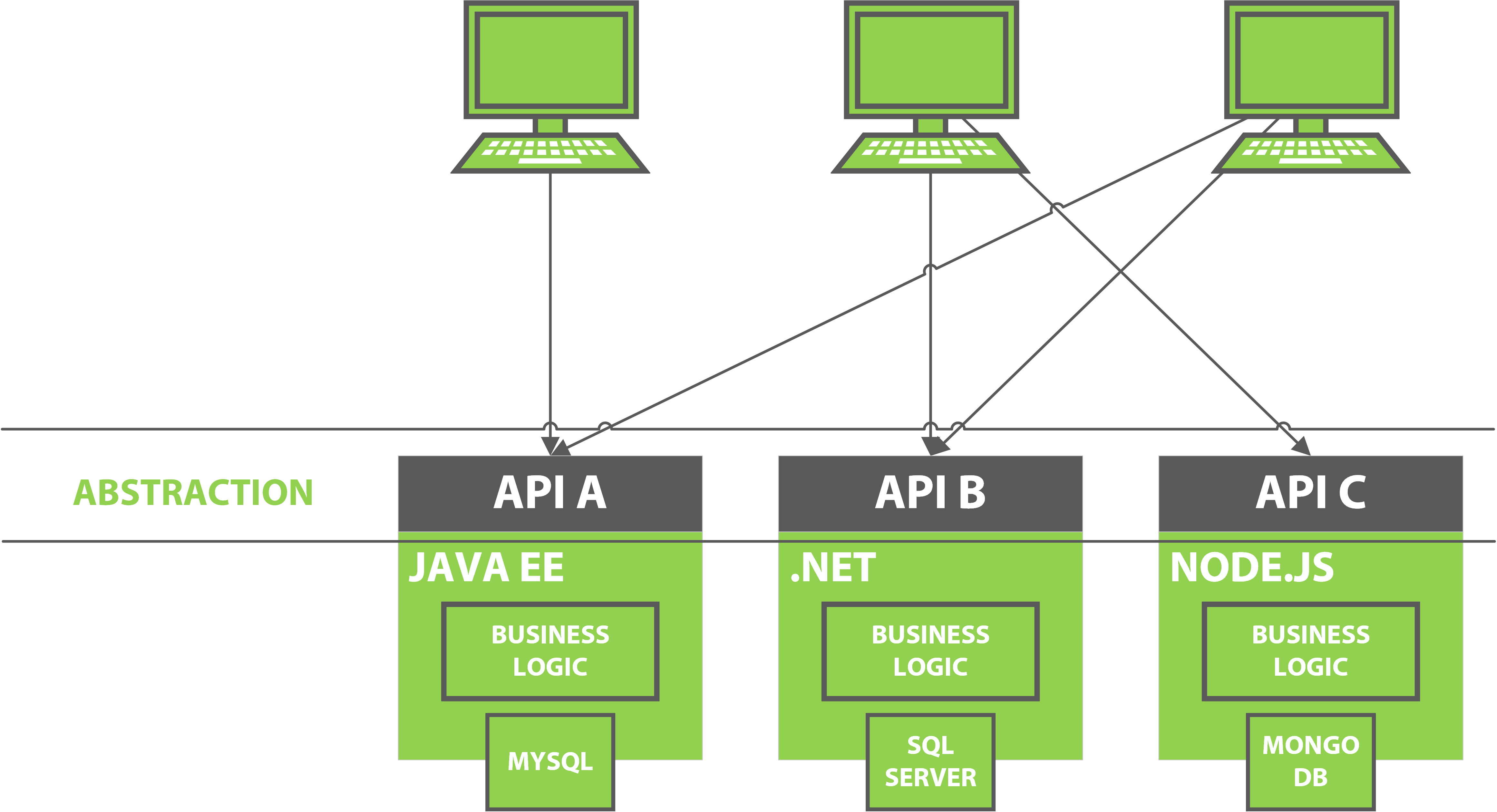 The concept of a uniform interface includes creating a standard method of interacting with a system. The uniform interface architecture also promotes abstraction of the implementation from the interface definition. This allows for clients to interact with all services in the same way, using a standard protocol and message format with a well defined set of operations.

The REST architectural style was documented by Roy Fielding in his dissertation in the year 2000 in an effort to provide a documented architecture that could be used to guide the development and design of the modern web. The first part of this paper characterised a large number of existing architectural constraints of which the ones covered above are only a subset.

In the second part of the paper REST is defined by composing a number of these architectural constraints into a cohesive whole. The patterns used are:

A logical resource is any concept that can be addressed and referenced using a global identifier, for example a car, dog, etc. URIs are used as the global identifier when implementing REST over HTTP.

A logical server where resources are located, together with any corresponding data storage features.

Logical clients make requests to logical servers to perform operations on their resources.

The Richardson Maturity Model was first introduced by Leonard Richardson in a 2008 conference talk as a way to judge the quality of a RESTful web API. It assumes that most of the RESTful constraints are met by using web technologies and looks at how an API uses HTTP, URIs and HyperMedia to determine its quality. 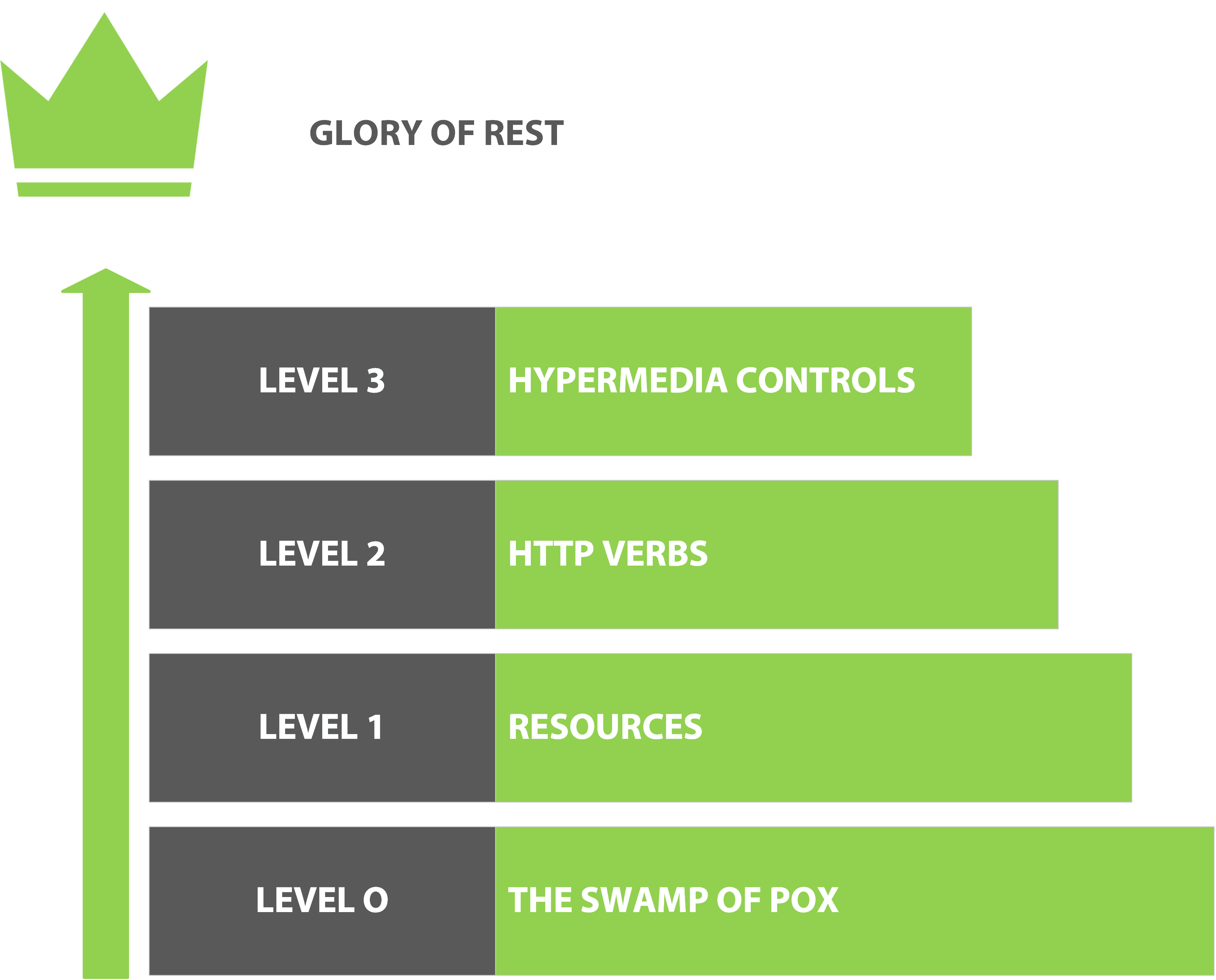 The swamp of Plain Old XML describes an API that is not RESTful at all. An example would be a SOAP-like web service using HTTP as transport, but not using any of the web mechanisms to its advantage. In the example below the API user will always POST a request to the same URI. What action is performed is controlled by the contents of the request.

The scenario used in the code examples in this section references the idea of having a conference where attendees have questions for presenters on a specific talk. Given this; talk and question, are resources that we would like to interact with.

What's bad about the above example is that the service is essentially a black box. Without documentation it's pretty much impossible to figure out what you can do with the service.

The first level of RESTfulness begins to get rid of the black box by introducing the concept of resources. Instead of having a single URI for everything our API does we have a URI for each resource that can be manipulated with the API. This simplifies interaction with the API to working with a number of smaller, simpler boxes.

The second level of RESTfulness is attained by using HTTP verbs to implement the uniform interface constraint. That is instead of using URIs to specify what action is being taken as in the previous example, URIs only specify the resource that is being acted on and the verb specifies the operation.

The acronym HATEOAS means Hypermedia As The Engine Of Application State. In essence it involves adding links to your representations to make your API explorable, similar to how links in HTML documents make web sites explorable.

The Glory Of Rest

So in summary the ideal REST API is a self-documented interactive service:

The most popular protocol used for RESTful implementations is HTTP. HTTP (Hypertext Transfer Protocol) is an application protocol for distributed hypermedia information systems. HTTP is widely used in networked computing, it is hugely prevalent in how the internet works. This section describes the basic concepts of the protocol.

Based on the RFC 2616 - Hypertext Transfer Protocol specification the terminology for the HTTP "method" is referred to as a "verb" in the context of the Richardson Maturity model, and similarly with HTTP's "path", "resource" is used. To elaborate, in the context of REST, a request performs an action(verb) on a resource(noun).

HTTP provides operations that are less known, but still useful:

Many applications tend to use the 200 OK status code for all responses to the client. In the case of errors, additional information is stored in the response message body. This should be avoided. The HTTP status codes should be leveraged and used correctly in the given context. An example being, a POST request should yield a 201 Created status code in the response rather than just a 200 OK.

HTTP/2 is a new faster version of HTTP. The aim of HTTP/2 is to make applications quicker and more robust. HTTP/2 was spawned from Google's SPDY protocol (SPDY is not an acronym, Google just thought is sounded cool). The biggest change is the method of transporting data. Data is being transported using binary rather than using text as HTTP/1 does. Binary data is smaller than text and therefore makes it more efficiently transported over a network. Nothing changes in terms of the semantics of the protocol. The same operations and standards exist when using it. This change shouldn't affect the average web application developer. Developers that build browsers, application servers, or applications that work directly with the network layer will be impacted by the changes of HTTP/2.

REST is not tied to a specific message format. Initially XML was used, but in recent years JSON has become more popular as many clients are easily able to interpret JSON messages. In theory there's nothing preventing you from creating a RESTful service that uses images as representations.

Extensible Markup Language was introduced in 1996 and forms the basis for SOAP-WS standards. Here's an example of a valid XML document:

As you can see the syntax is quite verbose and perhaps a bit ugly. Some of the good features of XML are that you can create customised mark-up and there is versatile standards and tooling around XML (e.g. XSD, XSLT, XPath / XQuery, etc). The main downsides are the verbosity and the complexity of the standards leading to slower more complex parsing code.

JavaScript Object Notation was first publicised in 2002 (based on the date the JSON.org website was launched). It supports only three primitive types:

Here is an example of a valid JSON document:

JSON is very easy to consume on web clients thanks to being a subset of JavaScript. The limited number of concepts make parsing the data on non-web platforms quite easy to implement. JSON has less data overhead thanks to the lack of closing tags enclosing each item and no envelopes as are typically the case with SOAP services built on XML. Thanks to this simplicity there is little to no need for complex tooling.

The one downside of JSON is that it is not as rigorous as XML, but there are some efforts underway such as JSON-HAL which defines a conventional REST message format and JSON Schema which is similar to XSD for XML and can be used to define the structure of JSON resources.

Hypertext Application Language defines a structure for Resource representations. You still have your resource state as the root of the object as you used to, but it requires you to add a links section and specifies how to embed resources inside another resource. This diagram illustrates the concept quite nicely: 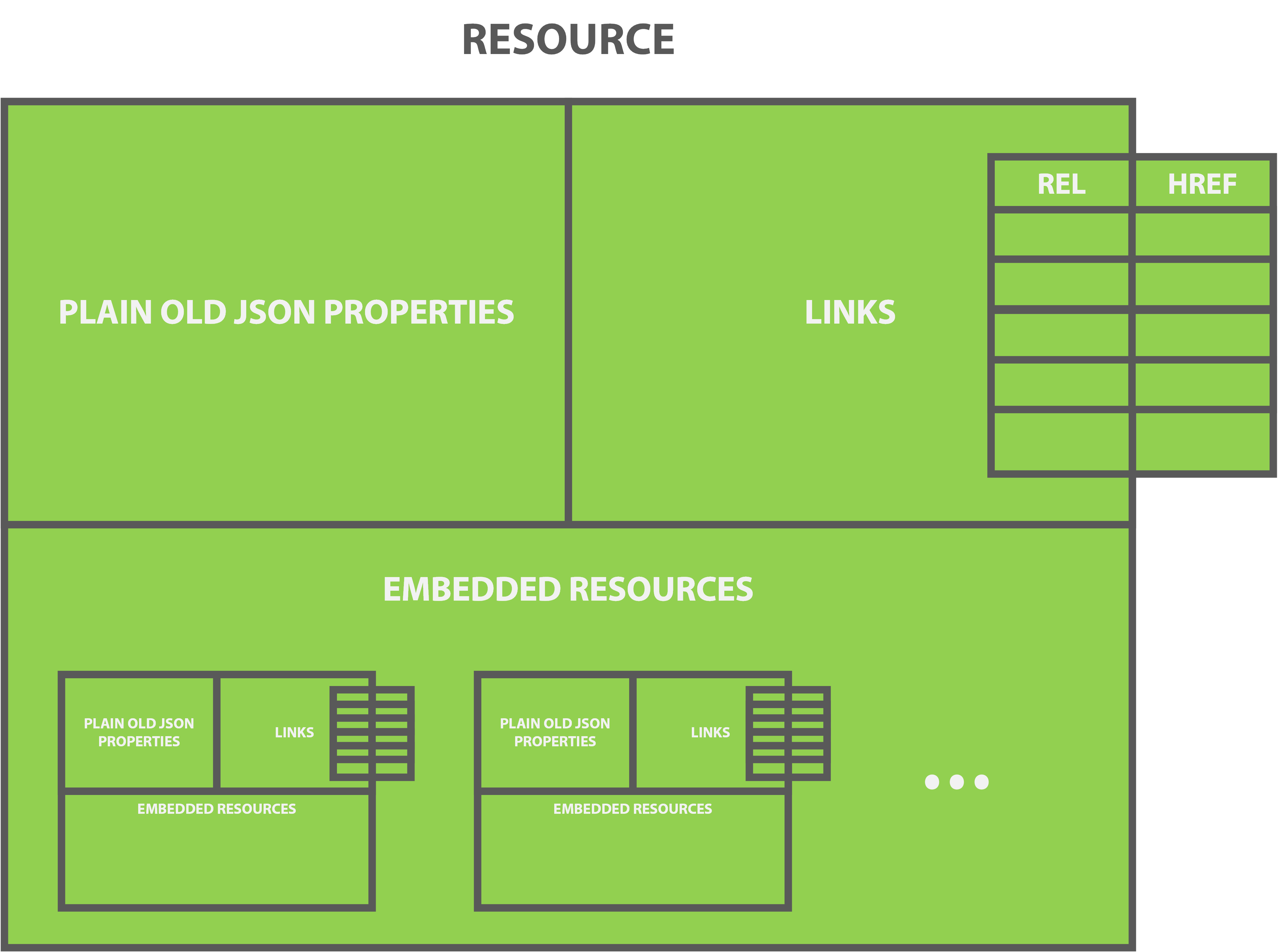 Here is an example showing a collection of users containing some embedded user resources:

One of the benefits of HAL is that it can work with either JSON or XML, but the downside is that there is no agreed upon way to specify validation rules.

JSON Schema is similar to XSD for XML, but only works for JSON resources. It provides a format for providing schema meta-data about resources that can be used for validation. It also has an extension for defining resource hypermedia which works similarly to HAL's _links.

Here's an example of JSON Schema for a person which would allow us to validate that person's name is a string and that they should have at least 1 hobby:

The REST Architectural style is comprised of a combination of well known architectures. It leverages the benefits of each architecture to provide a consistent, yet flexible pattern for building interactive services. The Richardson maturity model is useful as a yardstick to determine ease of use and extensibility of your RESTful implementation. Although typical RESTful implementations operate over HTTP using JSON as a message format; one could potentially use any protocol and message format. In theory one could create an API that conforms to the principals of the REST architectural style that uses the FTP protocol with images as the message format - it's just questionable if that would be useful? Bottom line, is that the REST architectural style is a guideline, it's open to creativity (and abuse). A truly elegant RESTful API is a combination of following these guidelines as well as designing resources and interactions that solve real-world problems in a sensible way.

There was an error sending the email, please try again

The link has been copied!